We are well settled into our life in Agonda - the sun is hot (34-36 degrees most days,) the iced coffee is good and the gin still tastes like ethanol and burns the whole way down. Wonderful.

Whilst we have been here we have taken the chance to unwind, and also visit a couple of the local towns. Nearest to us is Palolem, which is far busier than Agonda, but as a result has a little more of a vibe and many more shops. It also means most of the restaurants are rubbish and that beggars are allowed to do their thing along the road side. I also once had a wee in an actual hole there. So you know, take it at face value.

(It was labelled as a toilet, I didn’t just find a hole.) 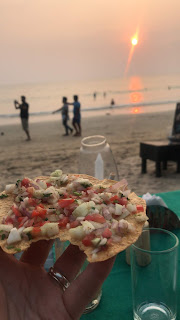 That being said, Palolem is a tourist town, and the nearest local town to us is Chaudi. It is a local town in every way, and I vividly remember heading here back in 2010 and being terrified. There are many wonderful sights and smells here, including road side tattooing, live chicken shops (then killed fresh for you), and small children pulling at your skirt with desperate hands outstretched and sad eyes. 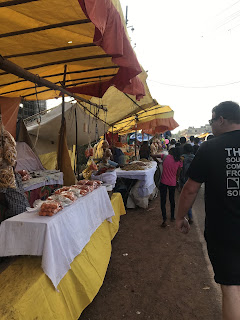 But don’t ever let this put you off if you get the chance to visit. Every now and again they have an amazing market, full of all wonderful things and tat you’d never want in equal measure - (last month Bertie and I bought the worst bat and ball known to man) - it also has loads of useful things like chemists where you just walk up and explain your ailments and they thrust packets of 30p painkillers at you. I always stock up on the cold and flu medicine whilst I’m here - they give you the good shit.

(In 2010, Bertie and I bought sleeping tablets from a Chaudi pharmacy for the plane on the way back. The whole flight passed in a blur, but we both woke up covered in a mixture of each other’s dribble, with everyone on the plane shooting daggers at us. From what I understand, Bertie’s snoring was catastrophic, and I have a tendency to fart relentlessly when at altitude. I imagine I was less capable of being discreet when completely passed out.) 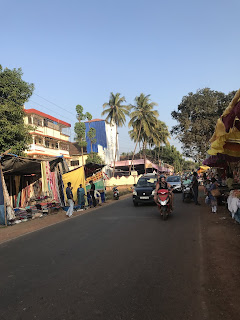 (Don’t you dare tell me you guys don’t fart at altitude too. Have you seen what happens to plastic bottles on planes? That’s what’s going on in your insides. A fart is a helpless by-product of some serious organ squishing.)

Anyway, despite trying to relax, there’s already been the most ridiculous evening - we went to buy a softly tinted bulb for our room as the one we have been given is quite stark. We chose a soft green hue from the corner shop (that I have consistently referred to as “Tesco”, and I’m very pleased to say it caught on between all our friends,) and as the evening fell last night, Bertie borrowed a chair from the restaurant to plug it in. Imagine our joy when it turned out to be a DISCO BULB. Our hut looked like some kind of ravers dream. We thought it was the best thing ever. Until bedtime, at least. 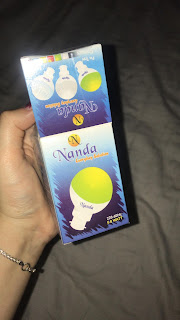 It turns out the disco bulb didn’t like being turned off, and continued to sullenly flash lime green and blue light relentlessly. We (being both naked and already in bed) furiously ignored this, whilst also trying to ignore the increasing dog howls happening outside our window. This went on for two hours.

It turns out the dogs REALLY don’t like endless green and blue flashings. I thought they were colourblind. Apparently not. 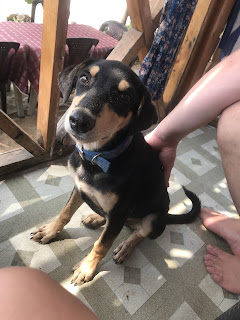 After mutually agreeing that we needed to remove the bulb, but also not wanting to leave the room to get the chair; I suggested standing on the bathroom bucket - often used for bum washing, if you’re that way inclined.

Well, my lovely readers, Bertie went straight through that bucket like a hot knife through butter. However, all credit to him, he did manage to take the bulb down at the same time. 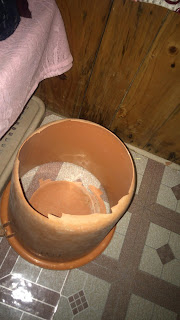 So that’s how today we ended up in Chaudi, buying a new bucket, and trying to work out how we explain to the owner what happened to the old one. 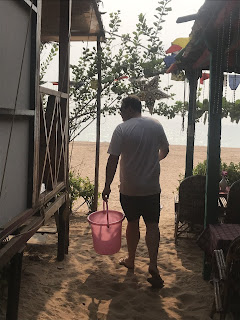 Its only been four days!

I am crying!!! Brilliant xx