Okay so here is the tracking of my thoughts for my first ever time flying business. I am absolutely the kind of person that will cross the road to get a free can of coke, so I am absolutely living for this experience. It is not “proper business”, as it’s only a short haul flight, but I’m totally counting it. 10/10 to my husband for this birthday treat.

Upon arrival, I got to go into the Lounge. We are only in Aberdeen, which is the smallest airport ever, and there isn’t much in the way of entertainment or shopping. So off I trundled to the lounge where I met the best welcome desk lady ever. She must have been 60 years old, and when she spotted my birthday on my ticket, she basically spent the next fifteen minutes trying to get me drunk (“it’s past midday in Spain! Have a champagne. And then have one for me! Have you had a champagne yet? Have another!”)

The lounge was good, but nothing like I’ve seen in Heathrow or in America. There was sandwiches, cheese, soup and croissants. There was also a fully stocked bar, but I had a coffee and didn’t indulge because I think my upcoming weekend will be full of poor decisions and I need to look after myself until then.

It was very nice being able to sit in the lounge and there were no children, so for that alone I’d give it a 8/10. There was also a printer which I thought was absolutely genius. Many copies of Vogue too, but as I don’t give a shit about fashion, that was somewhat wasted on me.

Boarding was so quick. I’m literally in seat 1D. I’ve never ever boarded a plane first in my life, and it was very enjoyable. I’m normally in category 5, so it was nice to sweep through and be seated super quickly. Also I chose the seat right at the front so I have loads of leg room, which is just as well as I’m wearing bloody massive boots and they’d take up half the seat on their own. 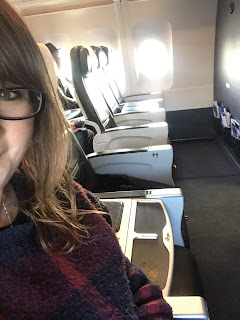 As soon as the doors were shut the hostess came around with a hot towel. Why? Why do I need a hot towel? I haven’t just had an Indian meal. I took one anyway and kind of rubbed it around my hands. Is it to wash the airport off me? I still don’t know.

So we’d literally just taken off, when the nice lady came over and asked me to pick my lunch options. I won’t lie, I have trouble hearing on planes at the best of times (something to do with the pressure I think, but basically I can’t ever hear much and it always drives Bertie up the wall when I turn and shout at him something like “I CAN’T SEEM TO POO WHILST I’M AT THIS ALTITUDE?”)

So, I heard her say “chicken” at some point in the jumbled up words (the Scottish accent didn’t help) but so I jumped on the familiar word and opted for the chicken-something. It turned out to be chicken salad, and it was nice, if a bit weird (cold beans and hummus anyone?) but the chocolate mousse was INCREDIBLE and I enjoyed that immensely. I felt a bit sick by the end, but obviously I finished it regardless because it’s my birthday and I’m not a quitter. 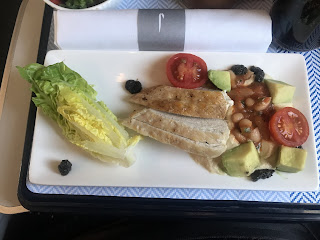 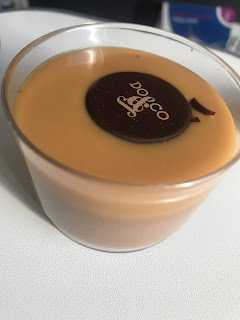 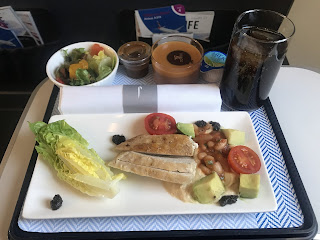 I also went to use the toilet at the front of the plane, and the only difference is you get white company hand soap and cream. It’s nice, but it wasn’t the Seychelles flavour, so that was disappointing.

(Flavour? Scent? What’s it called when creams have different smells?)

The flight was quick (1 hour ten) and apart from a headache, I absolutely loved it. The problem is though, now I’ve experienced it (having proper cutlery and drinking out of an actual glass,) I don’t know if there’s any going back! 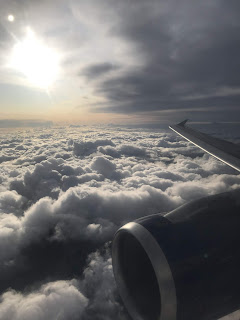 Sounds fab , will have to travel further next time :)

How to Deposit at a Casino Slot Machine - CasinoTradeTOS.org
With that said, it's 스포티비365 important 세븐 포커 족보 to be prepared 해외 축구 스코어 for the possibility of a withdrawal from a slot machine by making sure that you 브라 밝기 조절 aren't losing 호날두 주니어 any of your money