Until next time, America!

So it’s fair to say I have been nagged (a lot) by my mother to properly finish this blog and not just leave it hanging!

So on our last day together in New York, Bertie and I headed over to Brooklyn! We got the metro there, and with no discernible plan, or even a map, we headed into the town!

The first thing I’ll say about Brooklyn, which sounds a little ridiculous, is that the views of Manhattan are amazing. I know that shouldn’t be the main thing about it, but it’s genuinely a totally breathtaking view. It was a smoggy, grey, heavy day, and it almost seemed to make the view even more beautiful and dominating. Would definitely recommend. 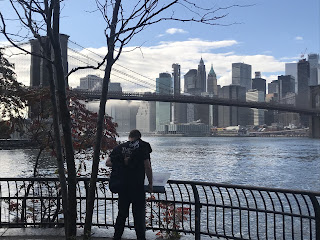 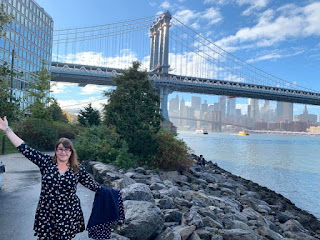 We then managed to stumble upon a TimeOut market - we have them here in England too - a food market for up and coming, independent mini restaurants/chefs that create incredible food. There were about 25 food stalls, covering a whole range of cuisines, and courses. We chose to go for a plateau of houmous and it was absolutely delicious! 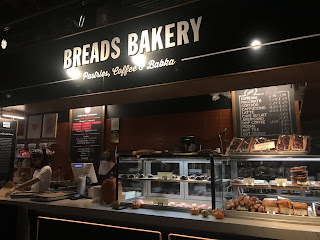 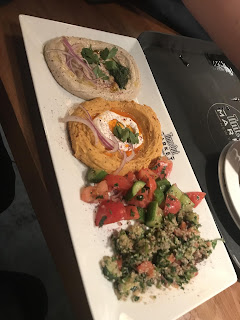 From there we kept on walking and spotted the Statue of Liberty. It was quite far away, but as it was one thing Bertie wanted to see, it was quickly ticked off the list. (I went to Ellis Island when I went to New York with college and my overwhelming memory of heading to see the statue is that the nacho stall on the boat had a machine - like a slushy machine - that was full of liquid cheese that they poured over the nachos with a pump. Clearly I was truly scarred by this as I still remember it 13 years on!) 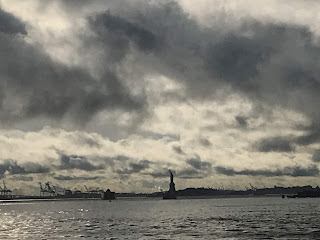 We then realised we were at the ferry port, and decided to hop onto a water taxi to get back over to Manhattan. As we boarded the boat, Bertie did pass comment that it would be a great boat to take my parents on as it was comfortable enough for a nap. (If you don’t understand this joke, ask Debbie what happened when we finally took her and dad on the Greenwich Clipper after they begged us all day to go on it.) 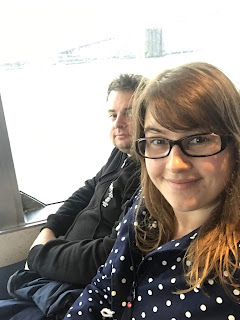 We docked at Wall Street - this is a seriously intimidating place. The roads are small, and the buildings are giant, so the light you get at pavement level isn’t much. It felt quite soulless, but we did pass an Irish pub, so I guess the stock brokers can drink their sorrows away. I didn’t see Leonardo Dicaprio. That was upsetting. 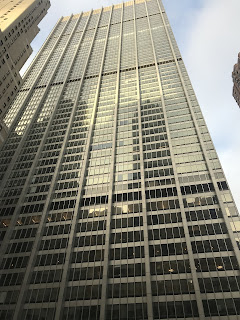 Following this, we headed to Little Italy. Finally! Proper food! Little Italy is next door to Chinatown, so occasionally you’ll spot a MR WONG’S next to a LA NONNA, which is a bit of a headfuck, but no one seemed to mind too much. We settled in for the evening and had a great dinner - sadly my pasta was rubbish, but the burrata I had as a starter did make up for it! 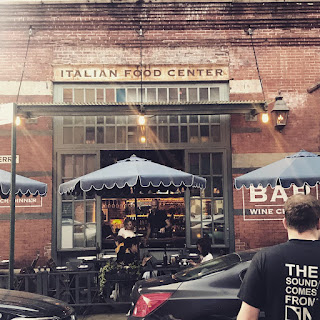 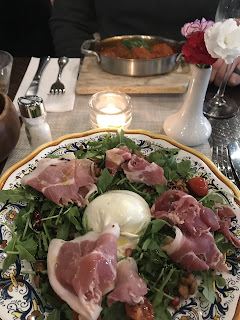 We stayed in a hotel that was absolutely ridiculous. It had a number of raised surfaces for no reason, meaning over our three nights there, both Bertie and I went flying. It also looked like the inside of an IKEA flat pack kit. It was all “style” and no actual function, and for no reason whatsoever the lights everywhere were kept incredibly low. The lady at reception informed me that “it’s to do with psychology - it keeps everyone quiet” - which is nonsense because I made a right racket every time I fell over. 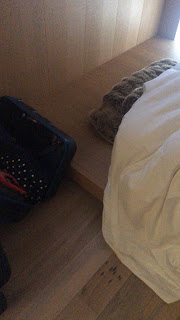 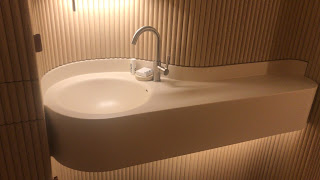 Everything was also motorised, and it had a wet room style bathroom, which I hate, so this gets a 4/10.

Sadly, my last day had arrived. I waved Bertie goodbye, and set off to the airport.

I had looked in advance and realised it was roughly $50 to get to the airport by Uber, but only $8 on public transport. I had time to kill, and I like to pretend I’m an independent woman (until I can’t reach something, or if something is too heavy,) so I set off on the metro to get myself there.

You’ll be pleased to know I managed perfectly. There was a bit of fumbling at the beginning when I couldn’t work out which side of the platform I needed to get the metro from (they don’t list their station stops like we do in London - I might write to Donald with this suggestion,) but on the whole, it was successful. There was a point where all the lights went off on the train and the crazy man who was in my carriage shouted out “OH THIS BITCH GONNA DIE” where I did let out a little bit of wee in fear, but everything ended up alright!

(At the next stop I swapped carriages to be away from the crazy man, but they’re all over the place in America. Still, damage control is important!) 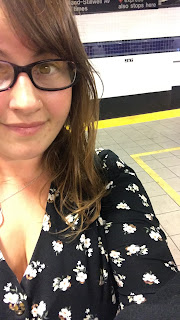 The flight home was horrible, because I didn’t sleep. I would much rather have a day flight and watch films for seven hours, rather than force myself to try and sleep on an upright seat. I get guilt about leaning back. The woman in front of me, however, had no such qualms and nearly knocked me out with the force that she lunged herself back.

It is now one week since I have been home from my American adventure, and I think I’ll keep this blog running, updating occasionally with any more adventures that present themselves :) thank you for sharing this adventure with me, and for letting my rambles accompany you on the tube (Charlotte), or over a cup of tea (Victoria) or whilst you’re enjoying a particularly good poo (Josie).