Well, we left rainy Seattle and ended up in even rainier Canada. I don’t have an umbrella, and I can no longer wear a jumper under my lovely Joules waterproof because I’ve eaten too many burgers and the zip won’t do up. So from now on, expect photos of me in Bertie’s very attractive north face jacket, as I can still fit in that - for now.

So we flew over with Alaska. Not a massive fan of Alaska, and they didn’t take the seatbelt sign off for the whole 40 minute flight. I have the bladder of a child at the best of times, so this wasn’t particularly enjoyable. But apart from that, flying was painless and I sailed through immigration and into the land of maple syrup. 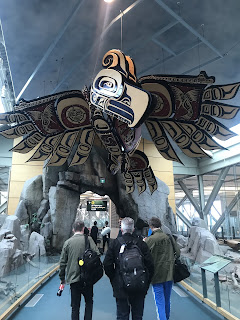 The hotel here is a mixed bag. It has 2 beds! But they are single and a half beds! So it means Bertie and I are now sleeping separately, not unlike Basil and Sybil Fawlty. I’m pretty sure she rocked an eye mask and earplugs too. What a glimpse into the future! 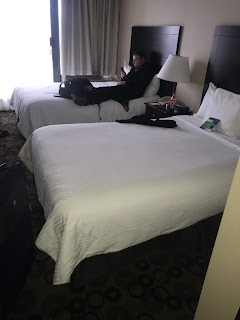 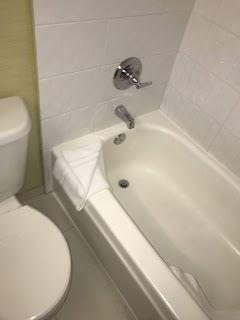 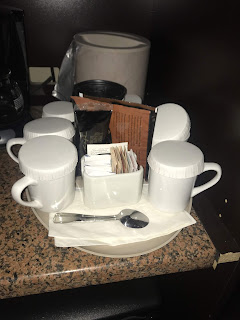 Beds aside, this hotel HAS A BATH. I have already had two and I’ve only been here 24 hours. It’s actually better than other baths I’ve experienced so far on this trip which have been best described by Sam as “an extended shower tray with slightly raised sides” (he’s not wrong). This one does actually cover my knees, so that’s a start. It also has a coffee drip machine thing, and (inexplicably) a microwave. But hey, it means hot drinks in the room, so that’s something!

We arrived yesterday and headed out to this place called Cascades. By some miracle, we managed to find a place that does an English Sunday roast! Upsettingly though, the only option was beef, so I had to miss out on the roast. This definitely made me sad, and my curry definitely wasn’t anywhere near as good. We ended up staying there until 11pm - the cocktails were great, the waitresses were lovely and the music was good. I’ll include a picture of our bill, modelled brilliantly by Jon! 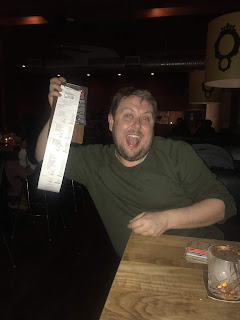 What I will say, is that this is the first place that I feel is cheap - America has been so expensive so far, but Canada is amazing. We drank and ate all afternoon and I couldn’t believe how low the bill cost was! 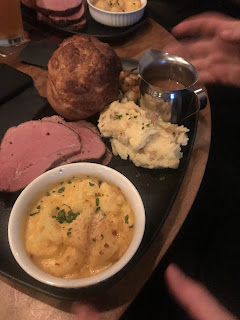 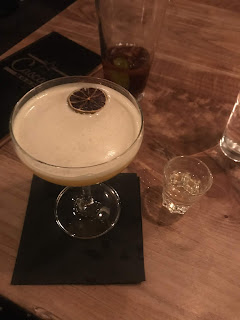 We also stopped at a burger joint on the way home, and they had a Beyond Meat burger on the menu! I was so pleased to see it as just part of the menu (side note - I am not vegan, I definitely covered it in cheese and mayo) but it was delicious!

So after sleeping off the cocktails (in our separate beds) Bertie trundled off to work, and made tracks to head to Granville Public Market - due to the rain I tried to order an Uber - THERE IS NO UBER HERE. So I had no
choice but to pop on the unattractive blue coat, and get my walking booties on. I popped into the shop across the road to pick up a brolly - then very quickly put it down because dropping twenty quid on an umbrella is a fool’s game! But thankfully a good rifle through the bin produced this blue child’s umbrella for 6 dollars. What a win.

(And as a side note, I quite genuinely beat off a guy who tried to knife Bertie last Christmas, by only using a child’s umbrella, so I’d choose that as my weapon of choice at any given moment. This sounds like a joke, but it’s not!)

So, armed with my child’s umbrella and a downloaded
podcast, I set off on my 25 minute stomp to the market. 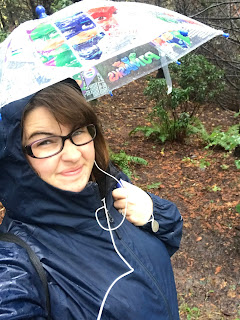 What I saw on my way was the absolutely beautiful turning of autumn. The colour of the trees here is absolutely mind blowing. Even with my knickers rapidly soaking up rain water, and my tights absorbing half the sky, I still stopped to take some photos of the leaves. Even with the grey sky, Canada still looked pretty damn beautiful. 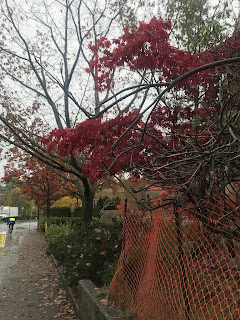 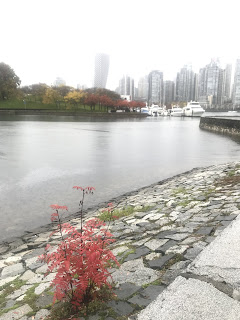 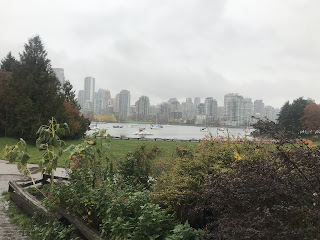 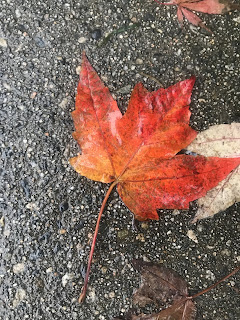 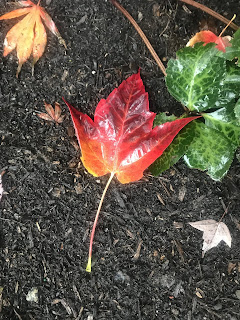 The market was super cute. It was made up of loads of little shops, all gathered together in a collection of big
buildings. There were foodhalls, craft stalls, a theatre, a workshop building, everything! I did a full loop to take everything in, opted out of buying everything covered in maple leaves, and then, like a kind of homing pigeon, headed straight for the bratwurst stall. Put me anywhere in the world and I can sniff out a German sausage like a pro. No shame here, just sausage. 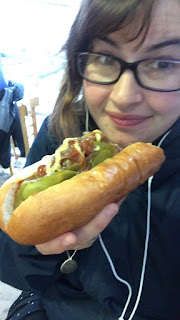 Sausage consumed, I then treated myself to a mocha, and started the long (uphill) walk home. I’m now getting ready for the show tonight and running my third bath. 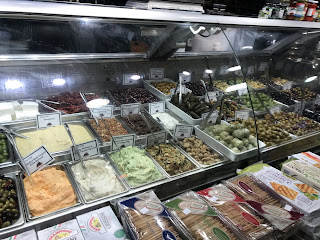 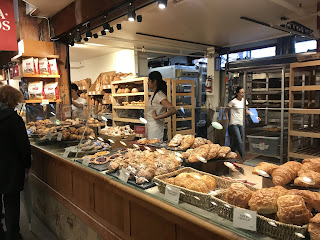 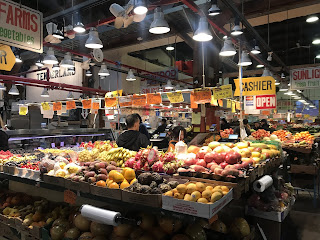 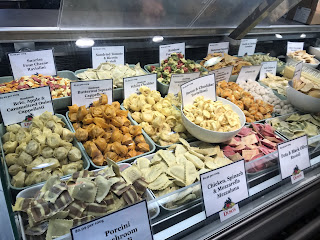 Hopefully the rain will stop soon!
Posted by That Wag Life at 16:41

Love the maple leaves..and all the pasta!! Looking good with your umbrella :)