Today we play the Hollywood Bowl!

I’m quite blog happy on this - so apologies if you’re getting bored, but to be honest once I’ve eaten all that’s on offer in Hollywood all I have left to do is post on here. So there you go!

Today is the big show day. We are doing the Hollywood Bowl, which is pretty fucking awesome. Whilst Bertie has been slaving away all day, I took the opportunity to explore a little bit, and on the whole have been thoroughly underwhelmed.

After I left the pool (which was amazing and a real treat, even if the woman next to me was ordering cocktails in this very specific manner, including the size and shape glass she wanted - get over it love. A gin and tonic is a gin and tonic regardless of what it’s in) I then headed out onto Hollywood Boulevard - we’ve all heard about the stars on the strip, and I was keen to go and see them. 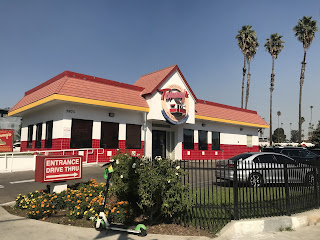 Maybe I should have been less romantic about the whole thing, but basically there’s just loads of people taking pictures of a pavement. A very dusty pavement with a collection of names on, 90% of which I didn’t even know. But here’s a couple anyway, just so I can prove I’ve been there. 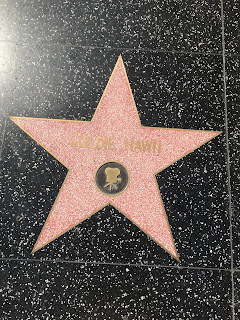 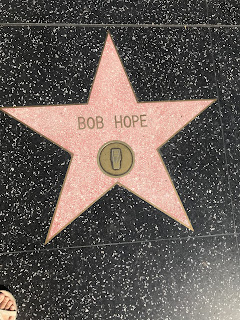 (These say “Goldie Hawn” and “Bob Hope” which I am specially including for my Eltham massive , Megan and Jo)


I also went into a 7eleven which I found very exciting. There were so many drink options I was completely overwhelmed. Also an iced coffee machine - very cool. You can see here in this screenshot of a conversation I had with my best girl (forever in my heart, even when miles apart!) how my poor tiny British brain can’t cope with the multitude of options. 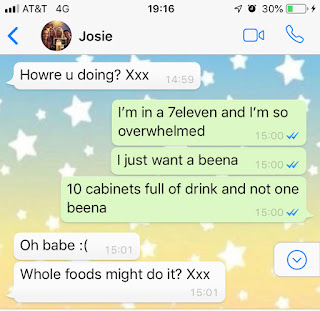 From there, I hired a Lime electric scooter - this did lead  to some panic from several family members, as admittedly I did break a rib whilst on one last December. But, more fool me, I bopped on regardless and whizzed  my way around. Most of this decision was based on the fact LA is REALLY SPREAD OUT. Like seriously. I walked for half an hour and basically only saw three shops. It was hot, and I’m lazy, so on the scooter I go. Here is a picture of me looking completely ridiculous posing with my scooter. 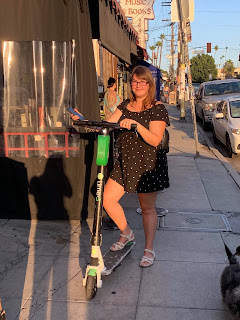 Once my scootering adventure was over, I was picked up with the band and bought to the Bowl. I went to crew catering tonight, and my god, it was incredible. Set up in this beautiful tent, with red and burgundy drapes, a huge huge huge selection of food and so many cheesecakes I couldn’t cope with the decision and came back with melon instead. I am known for doing this when faced with too many choices - once at a street feast, Bertie sent me off to find dinner and I was so overwhelmed I panicked and came back with vegan tacos. I don’t know why it happens, but it does.

Anyway, I tried really hard to take pictures discreetly - you can’t go about snapping away as obviously there’s celebrities and the like in there, so here are some poorly shot, low light shots of just one table out of the 7 that were there. You may be able to make out the salad bar and the cheese board that I’ve tried super hard to capture. 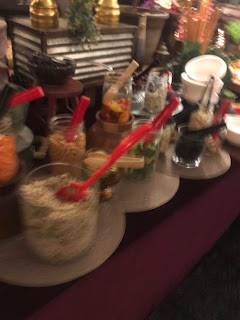 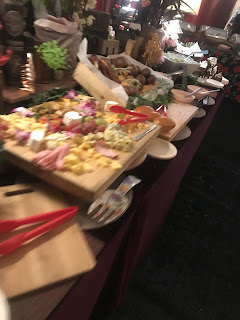 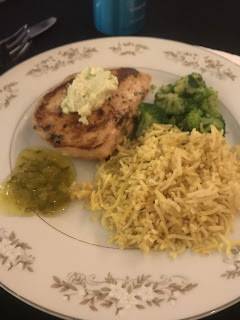 I am now perched in monitor world at the side of the stage, looking out over the eighteen thousand people. Really. Eighteen thousand people staring at a stage that I am hidden in the wings of, eating snaffled Hersey’s Bars and trying hard not to cross my legs and show my knickers to the crowd. 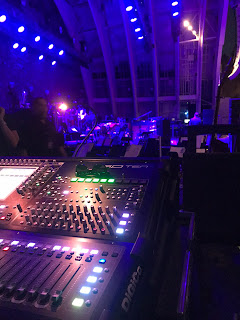 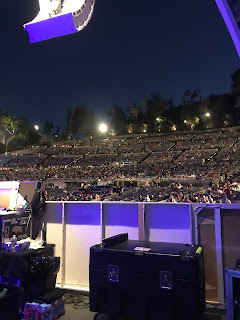 Also, I won’t lie, this button is next to me and it’s triggering my naughty brain so bad. One push and I’d shut all the power off. And it’s red. Imagine the scandal. But it would feel SO GOOD.

It’s now 5 minutes to show, so I’m going to sign off. Hopefully I won’t push the button, and everything will be fine. Hopefully. 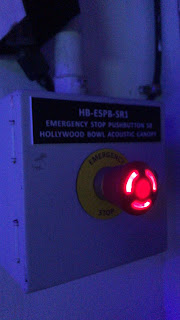 OMG this was so funny!! I want you to push the button so bad! Also we found the walk of fame quite underwhelming too, LA is like Manchester in the sun haha but I do love finding all the little hidden gems here! X

Did you push it!! I have had a good old chuckle to myself whilst reading this as I know EXACTLY what you are like. Love you xx

Really loving your blog Keli. Glad you came away unscathed from the scooter hire lol.