Hello from the air!

I am currently on my Delta flight between San Diego and Seattle.

I won’t lie - I’m absolutely gutted to be leaving San Diego. I really liked it. I liked the people and I especially liked the weather. I’m leaving 26 degree paradise to go to 11 degree rain. That’s a 15 degree difference that I am NOT HAPPY about.

Anyway, moaning aside (I know, I know, check my privilege blah blah) here’s what I’ve been up to in the last 24 hours!

So after drinking all the margaritas and moving rooms, Bertie and I decided to get up early and make the most of San Diego. We had heard quite a few recommendations about La Jola, which is pronounced “la hoy-ya” - that’s my top tip so you don’t look like an idiot when ordering a taxi. 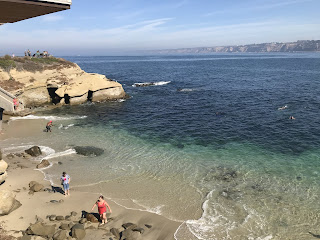 Anyway, our taxi driver was super nice and gave us loads of good advice. Every time I asked him another question I could see Bertie rolling his eyes and knowing he’d had to add another dollar to this guy’s tip - but hey, local knowledge is super useful and our man was born and bred here! He recommended some great places to go, and also dropped us at the perfect place in La Jola.

So what I didn’t know is that La Jola is renowned for having a certain animal right on its beaches. As we
descended the rocks, a few things happened:

The smell hit me first, which was certainly overwhelming - the smell of wet dog mixed with sea salty fish, and then the mad barking noise that followed shortly after. Could it be? IT WAS. Seals and Sea Lions! The best, fat, slippery bastards that everyone knows and loves! 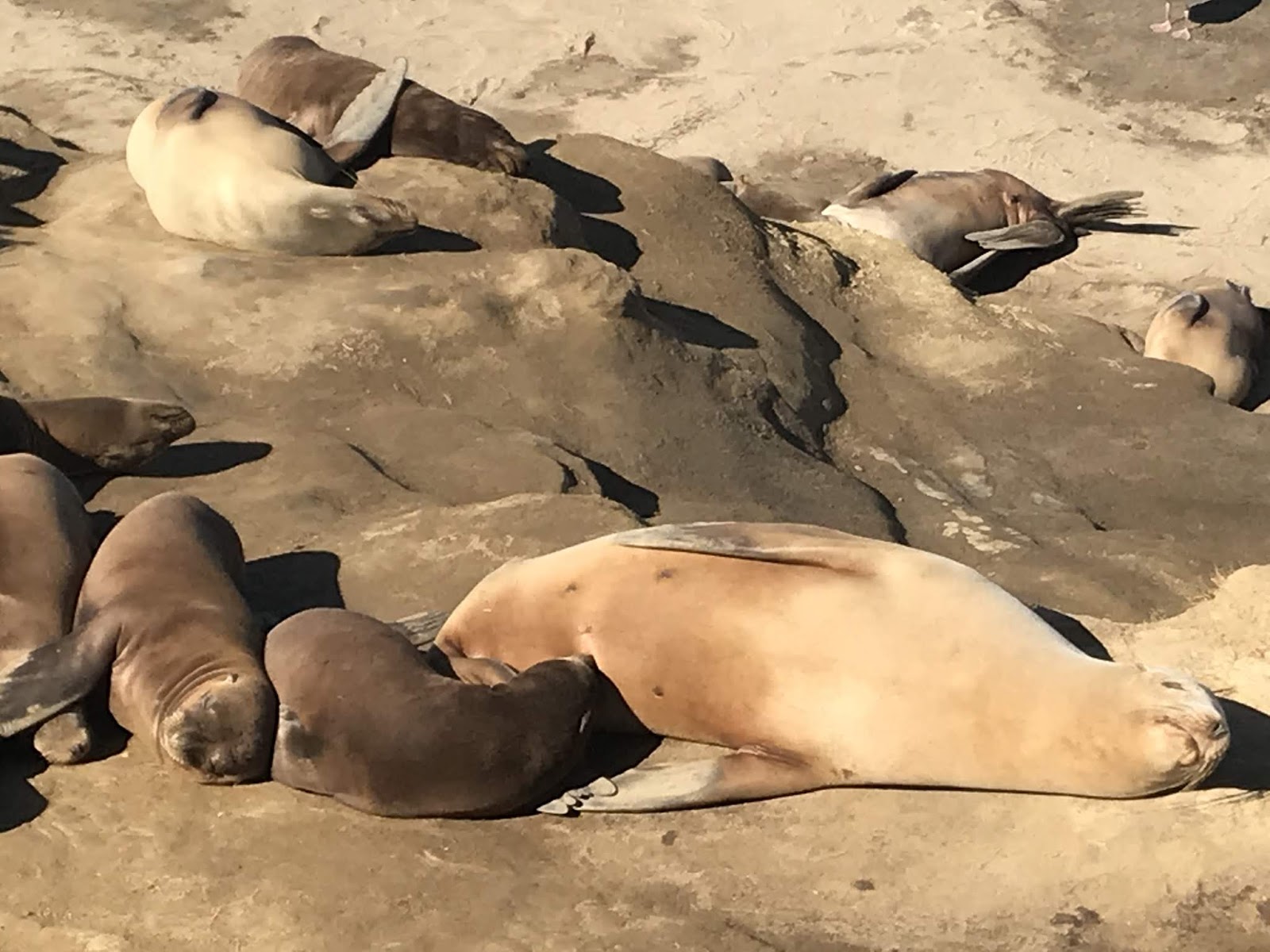 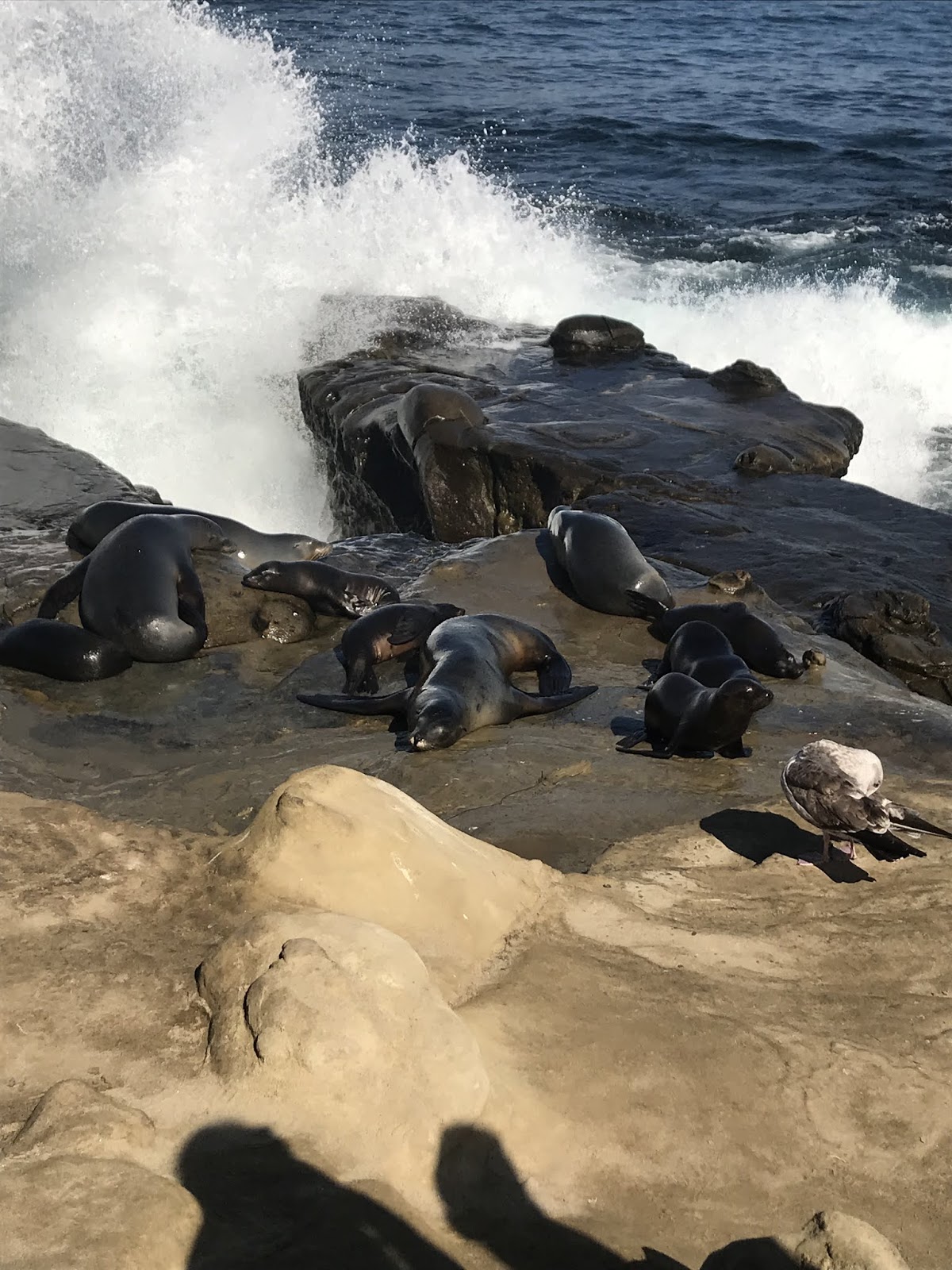 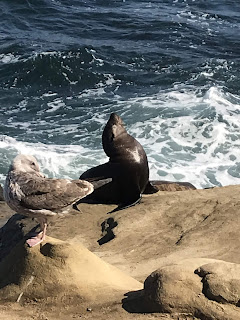 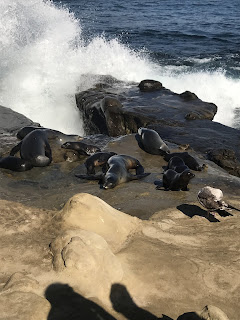 We also saw Pelicans - (I couldn’t remember the name of these birds and instead said “Look! It’s Nigel from Finding Nemo” but thankfully Bertie knew what I was on about) - and even better than a whole set of Nigels, was two dolphins, leaping about near the shore. It was totally magical. The town was also really cute, and the people seemed friendly. I would love to go for lunch there, but San Diego was a 48 hour turn around, so sadly time wasn’t on our side. However I did have time for a quick cinnamon bun which was absolutely delicious and far too big and I had to leave the last bit behind. 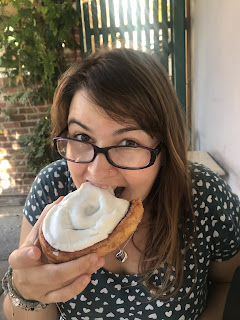 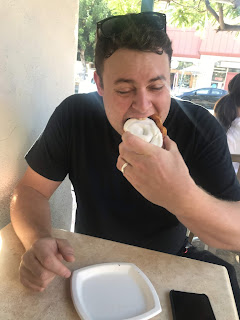 We headed back into the centre and I packed Bertie off to work, before ordering tickets for a Trolley Tour. I didn’t actually take a picture of the outside of the Trolley, but hilariously whilst typing this blog, an emoji suggestion has popped up and it’s not far off. Here’s the trolley I went on: 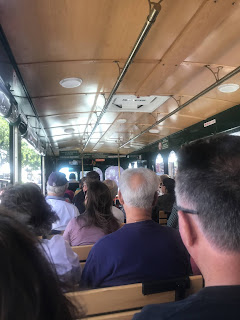 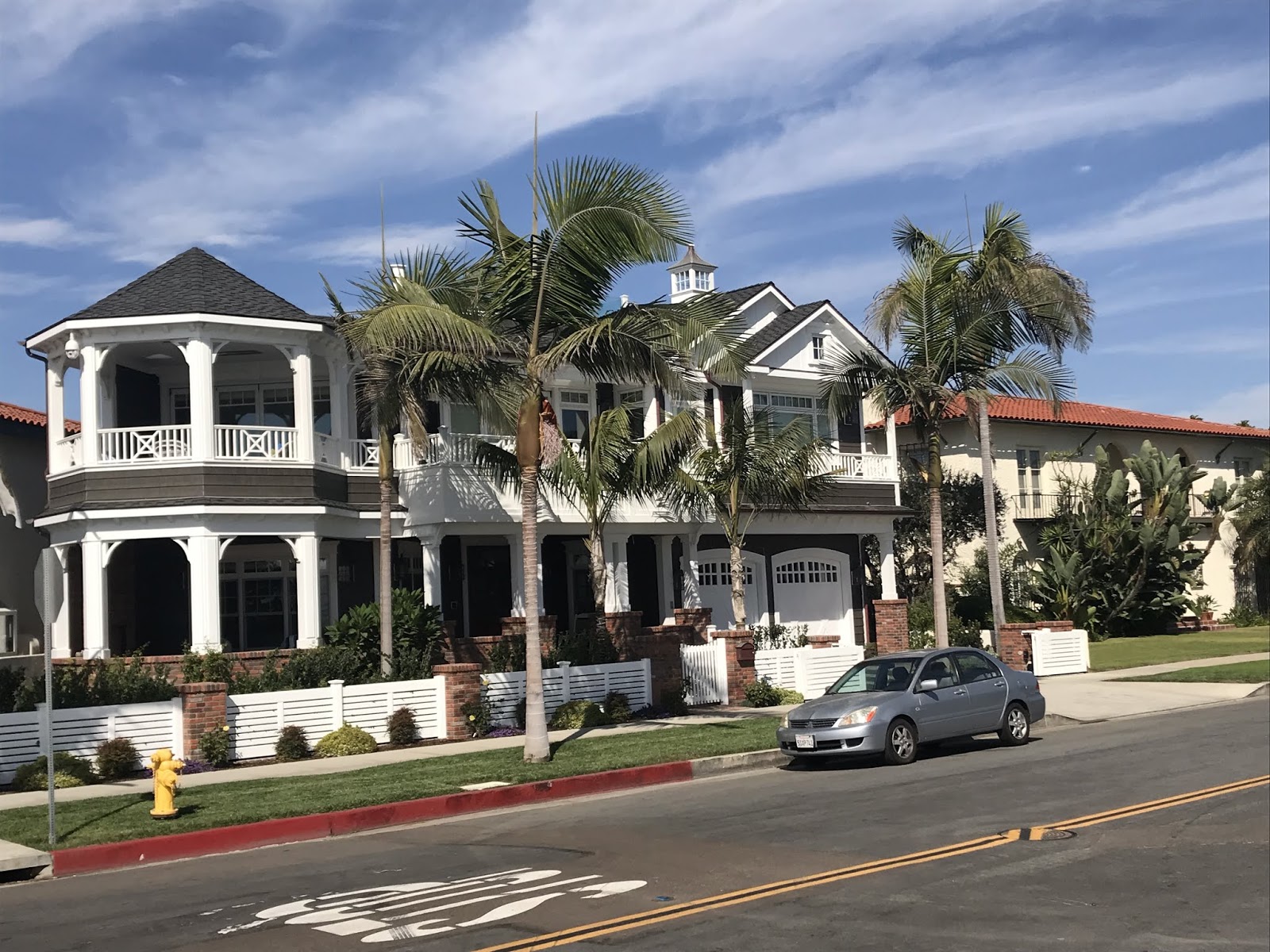 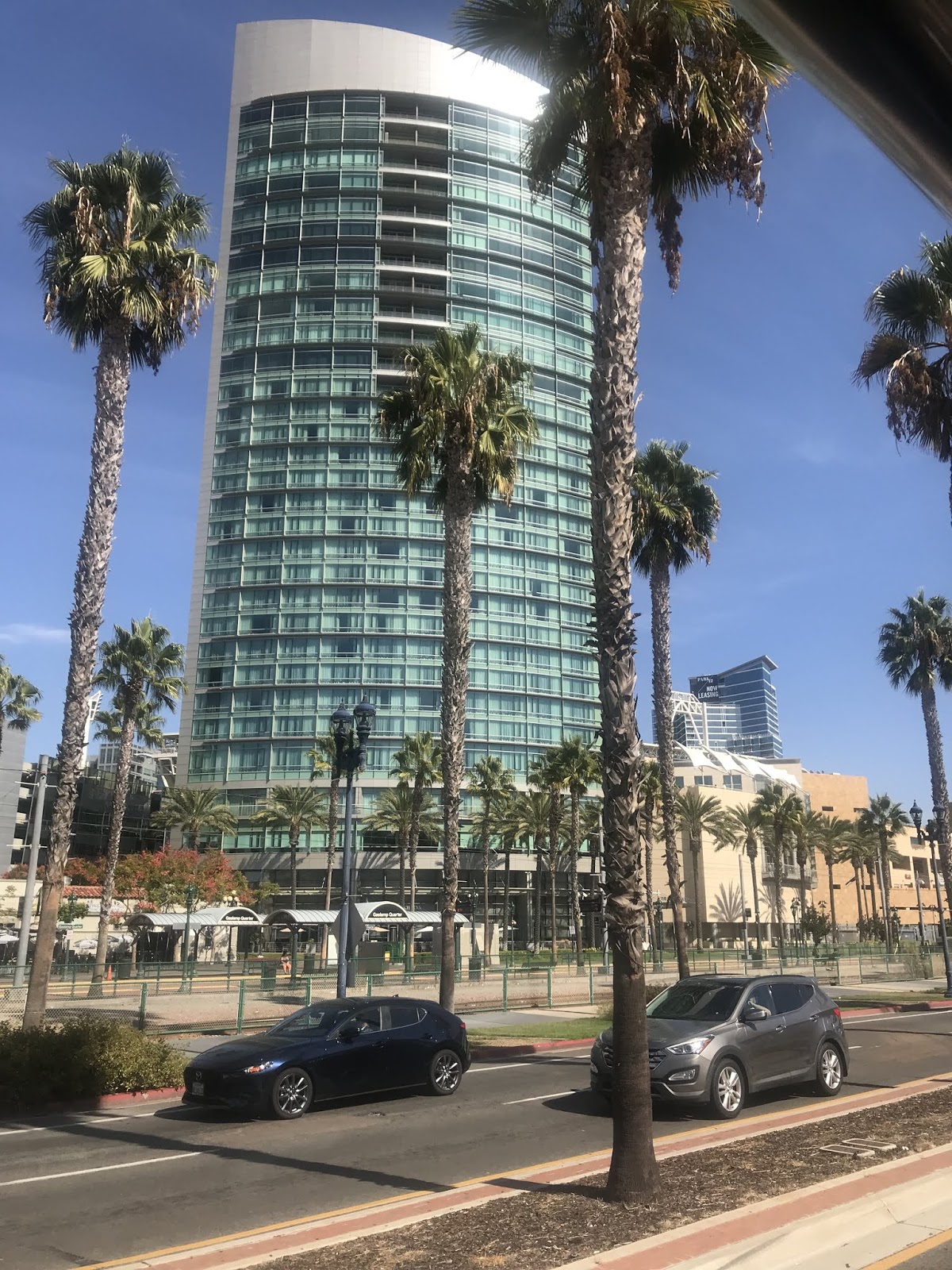 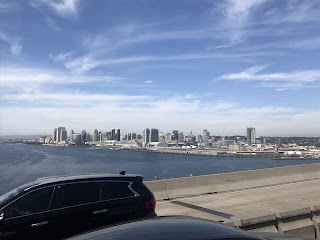 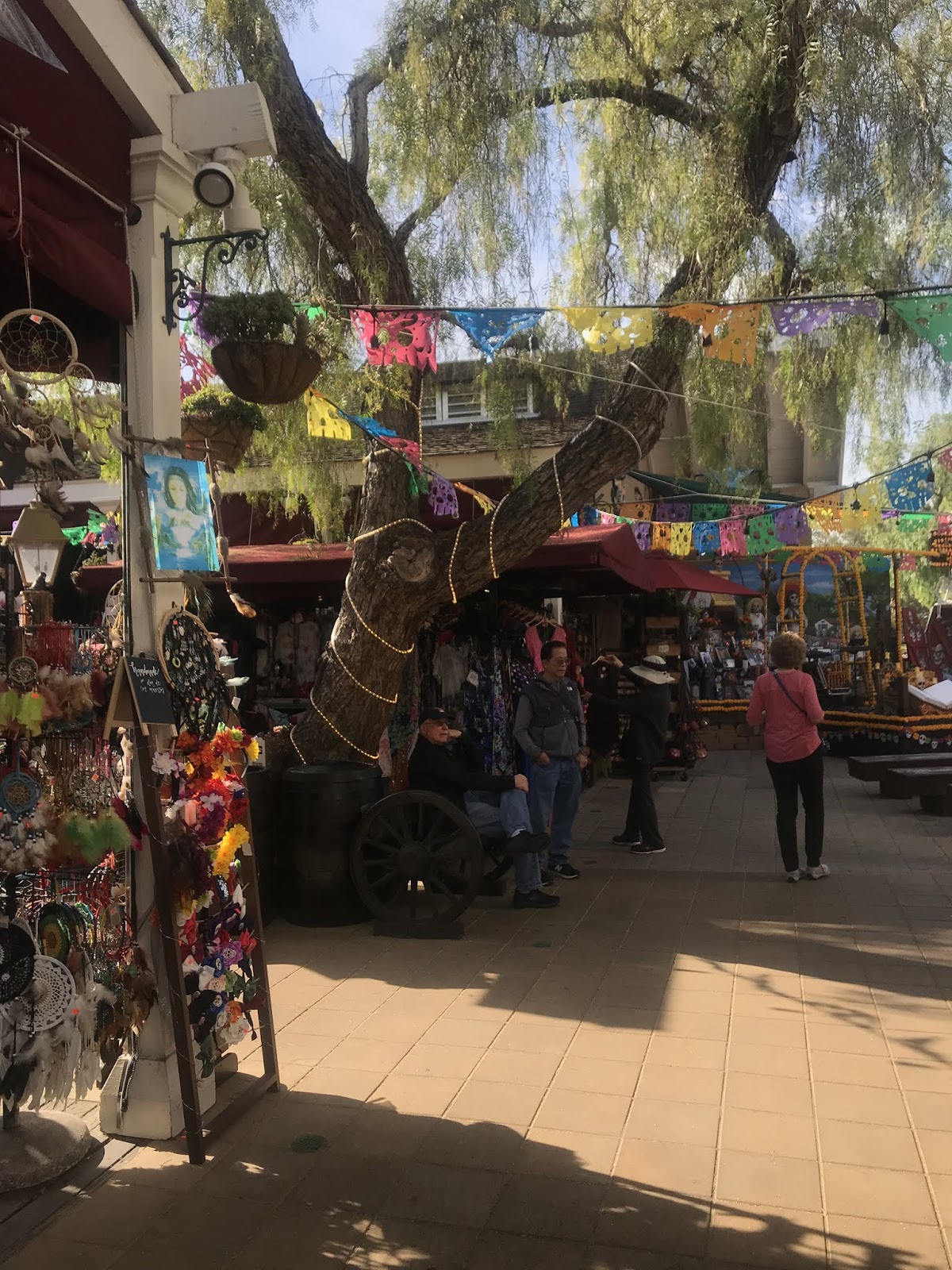 This took to me a range of places, including the Marina, Oldtown, La Jola, Little Italy and also a beautiful place all Coronado, which was the most picturesque town I’ve ever been to. I was a bit gutted I didn’t get off there, but I would have missed my shuttle to the show, and the journey there was about 35 minutes and I didn’t fancy the battle of trying to get in and being dropped off at the other side of the venue.

The tour was absolutely brilliant with musical accompaniment as an added bonus. For example when we drove through Little Italy the driver played “That’s Amore!” and then finished the tour with “I’ve had the time of my life” - singing along was encouraged and I have absolutely no shame in admitted I joined in most enthusiastically. Who doesn’t love a sing along?

(My husband, and my father. That’s who.)

I joined Bertie at the show for my usual “sitting on the flightcase” routine, who apparently has been reading my blog and decided to take this opportunity to question me on my completely innocent crush on Roger Daltry. Perhaps I shouldn’t be so open about these things.

We then went on from the show for a couple of drinks, and ended up dodging  the overwhelming, neon lit places to find a gorgeous bar called La Puerta in Gaslamp Quarter - they did these insane taco plates, and I had a frozen mango margarita which was insane. Only one though. I’m no fool! (Or rather, I was a fool the night before and knew one was a much better idea that seven, and I had an early start the next day!)

And this is where you join me - on my plane. I’ve had a brilliant stroke of luck with the flight - it is basically empty, so I have moved myself into the empty exit row! I have loads of room, and no one beside me either.

Saying that, I also got the bus here this morning rather than an Uber, and sat next to a man who had trained his beard into a single dred (Dred? Dread? Dredd?), with a big glass shell woven into it who smelt like cigarettes and damp.

Life’s all about balance, I suppose.
Posted by That Wag Life at 17:24