Remembering my place on the tour - doing the laundry.

So here I am, packing up our room in LA, and getting ready to move on (by train) to San Diego. I’m not that sad to leave LA. It was pretty cool at night, but basically had no soul and a lot of shiny things. It also had a lot of peculiar people but something tells me that will be across the board in America!

(As an example of this - yesterday a man in front of me pulled out a box of beer.  One of those multipack boxes with 10 or so glass bottles of beer in. He pulled them out one by one, popped the top, and then lobbed it over his shoulder, not even glancing back as the bottle hit the floor and exploded, glass flying everywhere and beer spraying all passers by. I narrowly avoided being hit, and hid behind a car whilst he passed. A policeman saw, and just radioed it in, remaining still and lazy, but did move from his perch to point out that the car I was hiding behind was illegally parked. Priorities, America. Priorities.)

Anyway, crazy people aside, yesterday was a much slower paced day. Bertie had some promo to do (at Village Studios - very exciting!) so after he left, I knew my tour of America was about to reach an all time high -

It was washing day.

Now, laundromats are everywhere here. I don’t know if everyone in apartment blocks etc just all use these as they don’t have washing machines as standard in their apartments, but I’ll be honest - I quite enjoyed the novelty of it and I felt like I was back at university - sat in my pyjamas at Langstone Halls watching my knickers spin round and round whilst eating cereal out of a mug.

But obviously, because this is my life, it wasn’t without its challenges. 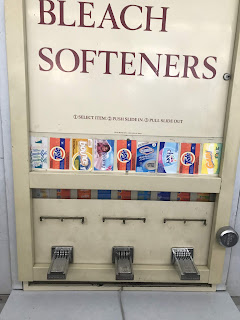 Firstly, I hadn’t factored in that I’d need detergent. But I quickly found the machine and figured everything would be fine. (Also, what are dryer sheets? Do I need them? What do they do?) I found the machine that allows you to buy those “one time” use powders and softeners and whatever. Could I get it to work? No. Not at all. Not a sausage. I have no idea what I was doing wrong, but no one came to my aid, so I had to slink away, embarrassed, and head to a 7eleven to pick up some actual detergent. However I’m counting this as a win as I actually found a “three sachet” pack which I reckon makes more sense considering I’m here for quite a long time. 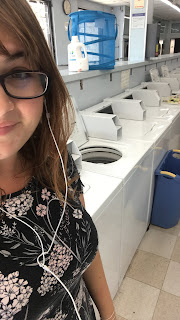 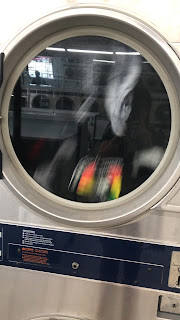 How exciting is this blog right now? I know you’re probably really buzzing about all the stories about how I met Kelly Osbourne (true), got accused of being an assassin by Liam (true) and how Bertie had a poo in Stevie Nix’s toilet (true) but instead you get the tales of my washing based woe.

Anyway, you’ll be pleased to know I successfully did the washing. I know you might think this is totally un-blog-worthy, but it took up a solid two hours of my day, so it’s bloody well going in.

Whilst my washing was going I also had a thoroughly unremarkable Vietnamese lunch. I also went to one of the biggest CVS’s I have ever seen, and took some photos of these bottles of wine, because who doesn’t need their wine in 3 litre bottles? I also found a tiny tiny box of Yorkshire tea, which is definitely my tea of choice, but I didn’t buy it as everyone bloody hotel hasn’t had a kettle yet. Infuriating. 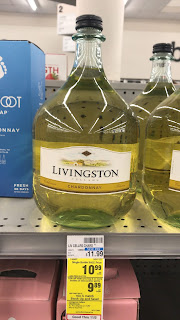 Anyway, post-washing, I headed to the pool for a bit of a relaxation, before deciding I was absolutely wasting my time in LA. So I popped on my new Havianas (my one and only thing I’ve bought whilst been here, and I have to say - they are far superior to any other flip flop I have worn) and made my way out onto the Boulevard. I had previously only turned left onto the Boulevard, and I decided to head right. Turns out, turning right was absolutely the way to go. 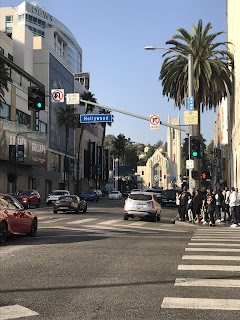 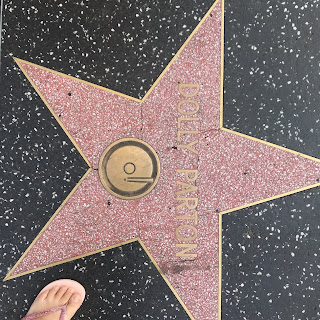 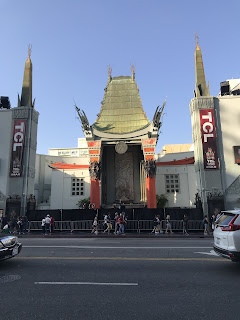 Dodging bottle throwing lunatics aside, I saw loads of fantastic sights, including the Chinese Theatre, Dolly Parton’s Star and the Hollywood Waxwork museum. I won’t lie though, the waxworks did get me a little confused: 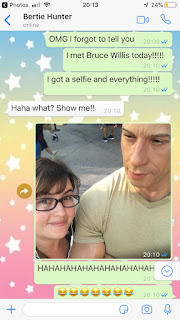 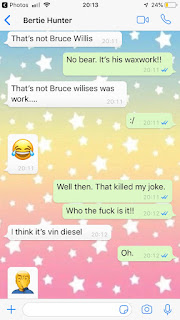 I also stopped off for a “small” Ben and Jerry’s which was absolutely delicious and gave me such a sugar high that when I got back to the hotel I immediately crashed and had to get under a blanket and watch Mamma Mia whilst I recovered. I also deeply mourned the lack of bath in my room at this time. 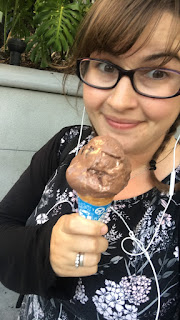 Once Bertie had finished we headed off to a restaurant I found for us. I felt sick to the teeth of burgers and tacos, so I found a beautiful French restaurant literally just up the road. The food was beautiful, and it served natural wine, which was just amazing. I had homemade pasta with burrata - the ooziest mozzarella known to man. Bertie had frogs legs, which although freaked me out totally, did actually taste like chicken thigh. (I won’t lie, it did take Bertie borderline forcing the fork into my mouth for me to try them, but I am glad I did. I absolutely wouldn’t choose them in future, but at least I can tell small children I’ve eaten frog.) 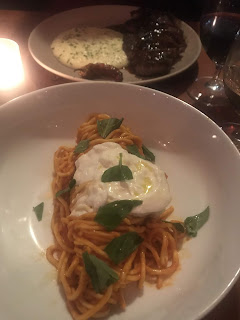 We were curled up in bed and asleep by half ten. It’s so knackering, having all this fun! But today we board the train to San Diego, ready for the next stage of the tour.