San Francisco in one day!

So as this tour is pretty fast paced (roughly one day on, one day off), it’s a little bit “all systems go” when it comes to sightseeing. So as time is of the essence, we’re focusing on making the most of it!

As I mentioned in my previous blog, I’ve been up since half five, but I’m rolling with it! So here’s all the many things I have crammed into my day so far (it’s only 7pm here, so there’s still quite a bit more time to go if I’m honest, but I’m currently sat on a mixing case waiting for the gig so start so I’m taking the opportunity to update as it comes!)

Bertie and I ventured into town for some breakfast - as most of you will know I have a pretty serious egg allergy - turns out America LOVES eggs, so breakfast was a little tricky for me - but I went with some oatmeal and Bertie got some ludicrous plate of chorizo scramble, which as far as I could tell was eggs, chorizo, black beans, homemade hash browns and sour cream. Pretty much a whole list of things I do not consider breakfast items, but he loved it. I should also give a warning that if you aren’t interested in photos of all the things I’m eating/going to eat/planning to eat then you might want to unsubscribe now! 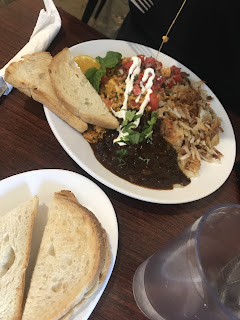 Following this, we travelled by the awesome tram again (which I have discovered is actually called a cable car - I disagree with this name for many reasons, but it is what it is!) and explored the whole area around Lombard and Fisherman’s Wharf. The houses are absolutely amazing - that’s been the one thing I can’t get over. They’re so intricate and beautifully designed, and if I’m perfectly honest I couldn’t believe they all have garages. I’ve never seen houses with garages in a city! Well done San Fran! 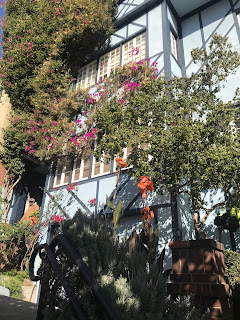 We also went to Lombard (“Don’t bother taking pictures,” says miserable driver on the bus, “just google it and save that instead”) I ignored him.

It was absolutely stunning, and Bertie told me that lots of films use this bit for car chases but seeing as I mainly only watch Moana and Pitch Perfect, this was somehow lost on me. It was remarkable though, the winding beautiful streets and the view rolling on before us. We did try to take a selfie but we just looked ridiculous so I won’t inflict that on you. 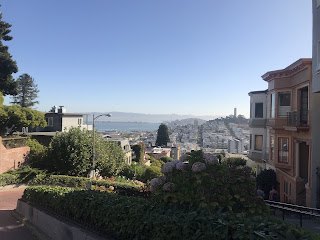 From there we saw some beautiful sights, along with Alcatraz (romantic) looming in the distance. Here are some typically American things that excited me that I took pictures of on that walk. 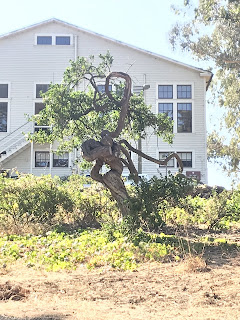 (I think this tree looks like a dancing woman) 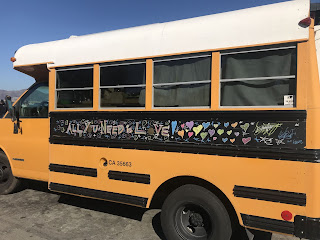 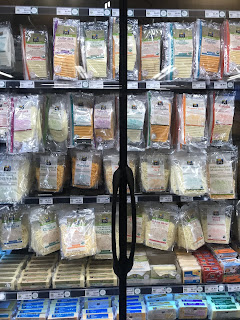 This is cheese here. The fools.

Following this, we headed to Haight Street. I was particularly excited about this, as last year Bertie bought me back a particularly nice painting of some llamas. I wasn’t disappointed, as I managed to find some amazing sunglasses, and Bertie bought loads of T-shirt’s that were, unsurprisingly, black. Apparently some of them were very exciting black T-shirt’s with very exciting labels, but what do I know? 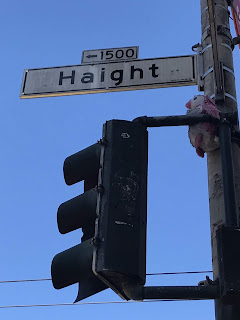 So this street was absolutely amazing - we went into loads of independent shops and basically had a lovely time! From there, Bertie and I discovered a taco track and had pork tacos and they were amazing. It was 8$ for 2 tacos - we chose pork - and they were bloody delicious. It’s all about little snacks, I think. The full meals here are ridiculous, so little and often seems a good way to move forward. We sat in the sunshine with our tacos, iced coffee and new sunglasses and life felt pretty good! One of Bertie’s colleagues came to join us which was lovely, and he didn’t mention the spots I’ve grown on my chin so that was nice. 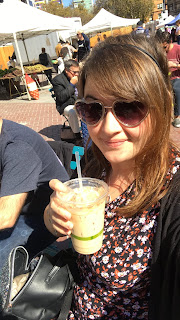 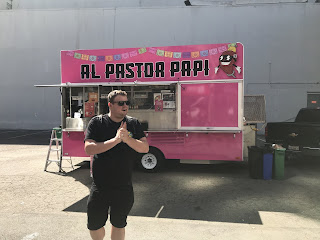 The boys then had to leave for a 2pm load in, so left to my own devices, I initially thought I’d go shopping. Only I remembered halfway through Macy’s that I don’t particularly like shopping and that designer clothes make me feel both inferior, and rather plump. So abandoning that rather quickly (as a side note, who actually pays £290 for a hoody?) I decided to go on a city bus tour! After haggling
with the man and getting the price down from 55$ to 40$, I embarked on a three hour journey around San Francisco! I bought a Snapple for the ride (God they’re sweet) and settled on down at the top of
the bus. Here I am on the top of the bus. 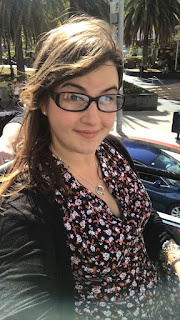 As a side note, aren’t American’s friendly people? It was such a pleasure  to share the journey with these people - they were so nice, and agreed to take my photo standing in front of many varied things. What an absolute treat. I couldn’t recommend doing something like this more - having never done it before and having always been pretty reluctant to do so, it was honestly brilliant - I learnt loads and I got to enjoy the city without walking, which is always a favourite thing of mine. 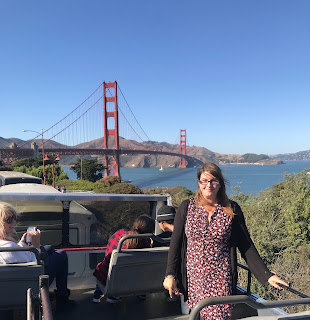 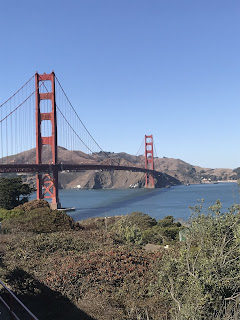 Included on the trip was Chinatown, the financial district, the Golden Gate Bridge, the GG city park, Haight Avenue, Pier 39 and loads more. The tour guide was hilarious and I loved every minute. He also offered me his Milky Way but I didn’t accept because, after all, he was a stranger and my mamma didn’t raise no fool. 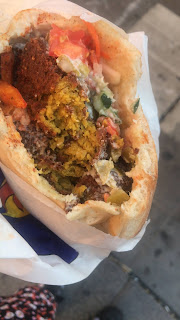 I am now sat at the side of the stage for the first show of the tour. I have been given a gin and
lemonade, so I’m about as happy as can be. I have a photo for any super fans. It’s a bit blurry, but hey, it’s dark. If you want a video of champagne supernova, hit me up! 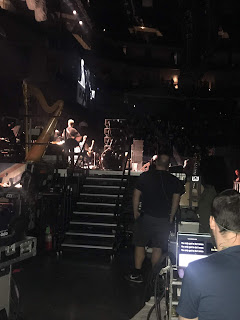 Tomorrow we are heading to Los Angeles. I’m excited about juices and seeing people taxi everywhere.

Some of this did make me laugh out loud :) xx

Great read Keli. What an adventure you're going to have. A travel writer to rival Bill Bryson. X

Lovin the blog. Literally laughed out loud in the cafe