From LA to San Diego by train!

Just a small travel update with some pictures and a little hotel review.

With a lobby call at 11, we all bundled into the busses, and made our way to LA Union Station. It was the most grand train station I’ve ever been in, with beautiful leather recliners you could only sit in if you had a ticket. It had sprawling golden archways, and felt so very calm. Completely different from any station I’ve known. I mean, if you compare Union Station to Pokesdown, you’re about as far apart as you could possibly be. 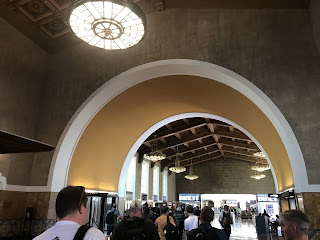 Anyway, the train came in (we travelled Amtrak, business class) and I sat, open mouthed, as I would have bet any money that these weren’t trains - just back to back busses all attached end to end. They were giant. We had a bit of a faff getting on (with a particular highlight of the ticket lady looking at Bertie and saying “Coach class is down three carriages” - who knew a uniform of black shorts and T-shirt’s could get you so quickly reassigned!) but we managed to all find seats and settle in, even if not all together. We were on the upper deck, and the journey was just short of 3 hours. 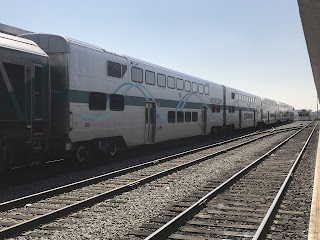 Halfway through we were delivered a “Train Treat” - this is actually what she called them - which was very exciting and I quickly raced through most of the pack (and most of Bertie’s too) - but drew the line at Turkey Jerky - I did try one, and it’s the closest thing to cat food I think I’ve ever eaten. I’m pretty sure Rebecca once ate a cat biscuit back in the day. I imagine it wasn’t dissimilar, just a bit more wet. 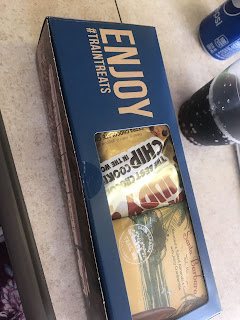 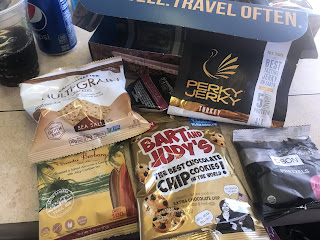 When we arrived, I did nearly burst with excitement - as I didn’t realise I would be arriving in Santa Fe. Santa Fe. SANTA FE. If you are reading this and have no idea why I’m so excited, that will be because you haven’t watched RENT the musical and don’t know the song I’m referring too.

“We’ll open up a restaurant in Santa Fe!”

Anyway, I got most of the excitement out by texting Josie and sharing this moment (and my joy) with her. As a side note, if you haven’t ever seen RENT, then buy it, watch until the end of La Vie Boheme, and then turn it off straight away and stay safe in the knowledge that they live happily ever after and absolutely none of them die. Not one. 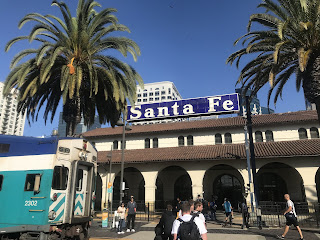 So San Diego seems way way nicer than LA. The bus driver told me this is where people in LA retire to. I can see that. It’s so beautiful and has a nice calm feeling.

After a short bus journey we arrived at our hotel. Now, it’s not that I’m ungrateful, it’s just that this hotel is rubbish. A 5/10 at most. The sink is in the room. As in, they literally cannot fit the sink in the bathroom. It had a double bed. A double bed. Bertie and I do not fit in a double bed, and being in America is not helping that. There was a fridge, but yet again no kettle. We decided to not think about the room and head out with everyone as it was Tuesday, and we were right by Mexico which could only mean one thing... Taco Tuesday! 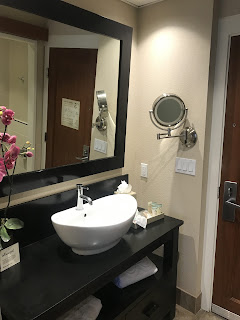 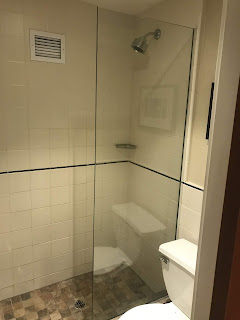 We headed down to Seaport which was so so beautiful. Everything seemed perfectly made in the most picturesque way. I wanted to take a photo of everything, but it was happy hour and time was of the essence, so I snapped a few pics and then followed everyone to the restaurant. 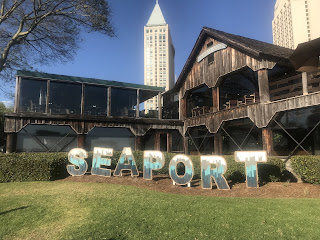 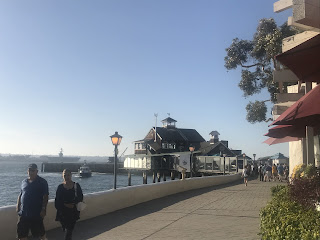 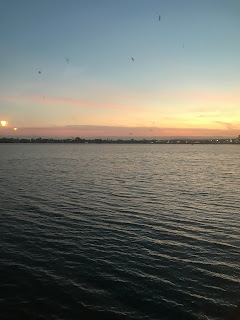 Everything is a little blurry from this point. But I know it involved a lot of tacos (I definitely had 6. I might have had 9. I’m not sure) some loaded fries which were insane and so unhealthy and totally delicious, and a lot of margaritas. A lot of them. At least 7 of them. My heartburn today suggests it was something more like 10. 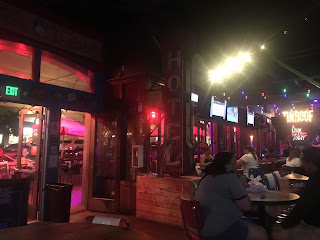 Margaritas consumed, and with the tiredness of travelling settling on it, we headed back to the hotel, where propelled by tequila, I asked the front desk for a room with a king sized bed.

“I’m so sorry, we have none left.” Says unhelpful desk man.

“However there is a suite available?”

The suite is better.

So is your pokey bath in the suite??